In the early days, when the 2005 GSX-R1000 came out, and four of us riding buddies all went out and bought one within a month of each other, it was all about the chase. Downplay it as much as you want, but for many, the thrill of riding a bike on the street is chasing someone down, whether that be the rider that just passed you, the rider you see a mile in front of you, or just trying to stay with a rider that is a little better than you . I tend to chuckle when people say a track day isn’t a race. Come on! You, a few friends and an open track…….its a race. Don’t kid yourself.
Which brings me to the subject of Flow. Its something I learned from riding mountain-bikes on the North Shore over the past few years (insert photo of second separated shoulder that I am currently recovering from). I ride with some former competitive riders, which makes them about 100X better riders than me. While riding, its not uncommon for me to hear shout outs from them such as “Glide, don’t slide (meaning don’t skid)”, “Roll over it, don’t brake”, and “keep the flow going”. Pretty much every ride ends with a comments about how flowy the trail was, or how good everyone was at maintaining a good flow. Hard on the brakes, followed by hard pedaling is frowned upon. I get lots of frowns.
How does this apply to riding motorcycles on the street? Well, something that myself and the group I regularly ride with on day rides and 3-5 day tours started focusing on smooth flowy riding a few years ago. It’s the opposite of wide-open-throttle between corners, followed by heavy braking entering a corner, and repeat. Flow is a much more relaxed riding style that involves a few new learned techniques:
All of this may sound odd, and some of you may think it sounds boring. “I have 6 gears, why not use them all?”. Well, I challenge you to go on a 600km day ride through some twisty roads in WA or OR, ride it using the WOT between corners, and heavy braking entering a corner style one day, then the next day try it the Flowy way. I bet you will be far less tired and your travel time will probably be about the same because you will stop less to rest. 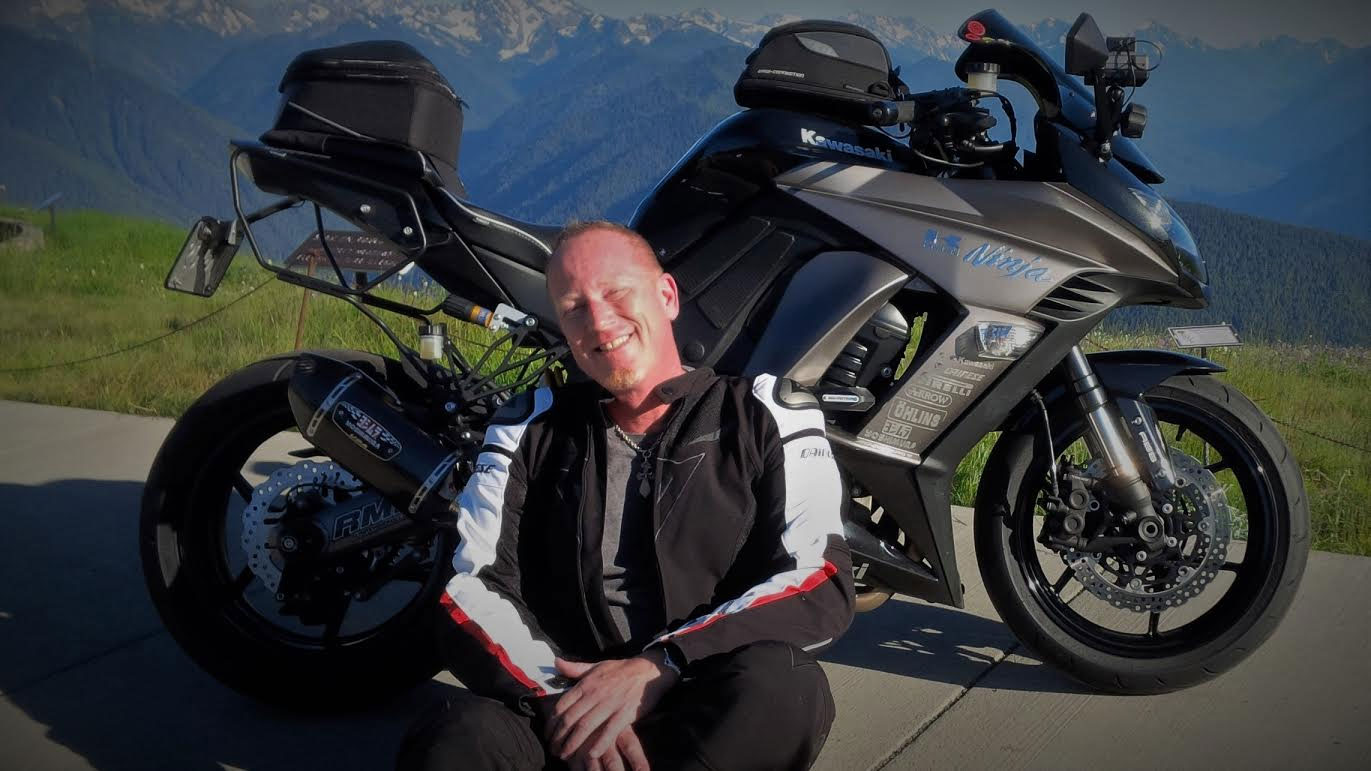 Frank has been riding for about 25 years now, and is currently on his 15’th bike (don’t do the math please). Having ridden a full spectrum of bikes from supersports, to supermotos, superharleys, hard-tails, sport-tourers, to my current Ninja 1000, his riding style slowly evolves over time. He has also gathered a wealth of experience with motorcycle mods and multi-day group rides.